See Shingo starring in this "Welcome to Starr Park" episode!

What a trooper! RICEBALLS has been accepted for the Oscar-qualifying 43rd Cleveland International Film Festival. The screening will be on Friday 5th and Saturday 6th of April. For more information, please go to the following page!

Shingo has been cast for a season-regular role in Season 2 of The Terror!

It's a tremendous pleasure to share the news that Shingo will play a major role in the highly anticipated second season of The Terror for AMC. This series depicts a series of mysterious incidents that haunts a Japanese-American community during World War II and the journey of a young 'Nisei' (second generation) man. Shingo will play Henry Nakayama, father of the main character, Chester. The production will commence in Vancouver, Canada in January 2019. Shingo is excited to work with talented cast and crew including the legendary George Takei. Please take a look at the article below.

RICEBALLS goes back to Hollywood for HollyShorts Film Festival 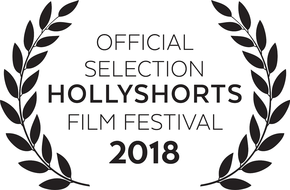 RICEBALLS has been selected for HollyShorts Film Festival to be held at the legendary Chinese 6 Theatres in Hollywood. The screening will be at 5pm on Saturday 18th of August. Shingo will be there to present the film and he's looking forward to making as many new friends as possible out there!

"Perisher" will have the Australian premiere at Melbourne International Film Festival!

A short film "Perisher" directed by Gabriel Hutchings and starred by Shingo Usami will have its Australian premiere at the prestigious Melbourne International Film Festival. It'll be screened as a part of Accelerator 2 program! Shingo will present the film with Gabriel at the screening at 4pm on Sunday 12th of August. Here's the link to the tickets!

Also, here's the link to the trailer of "Perisher"! 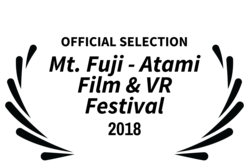 It's a pleasure to announce that RICEBALLS has been accepted for Mt. Fuji - Atami Film & VR Festival to be held from 28 June to 1 July. Shingo will be at the festival to present the film. Looking forward to meeting a lot of people out there! 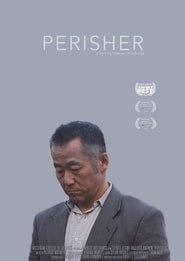 A short film "Perisher" directed by a young and talented filmmaker, Gabriel Hutchings, will be screened at Palm Springs International Film Festival. The screening will be at 2pm on 21 June. Check out the website below for the information!

It's been such a wonderful experience to work with this wonderful theatre company. Shingo plays the role of Friar Thomas in William Shakespeare's "Measure for Measure" and Il Capitano in a classic Italian comedy "The Servant of Two Masters" by Carlo Gordoni. We've finished our season in Bella Vista in December and now moved to Leura in Blue Mountains. The season finishes on 28 January so please come and enjoy our fantastic shows!

RICEBALLS has still been going strong! It has been awarded "Best of the Fest" award at the San Jose International Short Film Festival in December 2017! 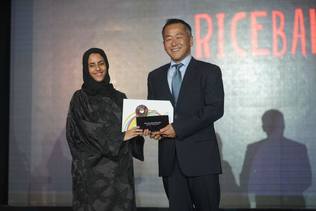 It is my honor to share the news that RICEBALLS has won the Best International Short Film Award at Sharjah International Children's Film Festival in the United Arab Emirates. It was a wonderful and educational week to be invited to Sharjah along with many filmmakers from all over the world. Thank you very much for your ongoing support and encouragement!
​

More screening and awards for RICEBALLS! 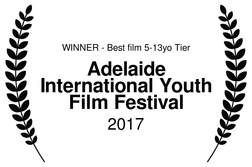 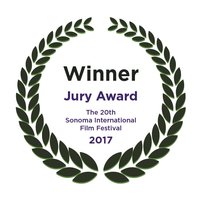 I'm delighted to announce that my film RICEBALLS has won another award! It received Jury Award - Best Dramatic Short Award at Sonoma International Film Festival. It was an amazing and super friendly film festival and I had a wonderful time. I am extremely grateful for their hospitality and generosity. It was an honor to receive this award from such a lovely festival!

I feel so humbled to announce that RICEBALLS has been awarded "Grown-Ups Award" (chosen by the adult audience members) at prestigious New York International Children's Film Festival. Thank you very much for your ongoing support!

RICEBALLS has been officially selected for Sonoma International Film Festival! 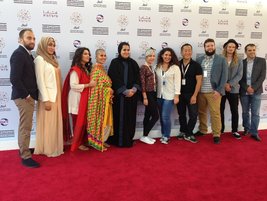 Riceballs has won Mohaq Best Short Film Award at Ajyal Youth Film Festival in Doha, Qatar last December. It was an amazing experience to witness this family film being appreciated by the young audience in Middle East. Thank you very much for your encouragement. 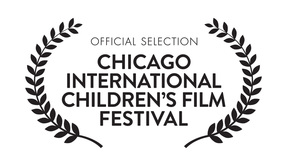 I'm thrilled to announce that RICEBALLS has been officially selected for prestigious Chicago International Children's Film Festival which is the first festival for young audience selected as Academy Award qualifying festival. RICEBALLS will be screened on Wednesday 2nd and Saturday 5th of November. Please check their website at http://www.facets.org/children+youth/festival/

RICEBALLS is coming to Hollywood! 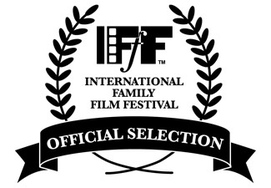 RICEBALLS will make its Hollywood debut at International Family Film Festival which will be held at Raleigh Studios Hollywood! The screening will start at 10am on Sunday 23 October. Please check at the website at ​http://www.eventbrite.com/e/riceballs-tickets-27694226176

I'm pleased to announce that RICEBALLS has been officially selected for Heartland Film Festival to be held between 20 and 30 October in Indianapolis! Please go to their website www.heartlandfilm.org.

RICEBALLS ​has been one of the official selections or Canberra Short Film Festival! The Australian premiere of RICEBALLS was held at Tuggeranong Arts Centre Theatre at 6pm on Friday 16 September. Please visit the festival's website http://www.csff.com.au/#!program/c1wkg

RICEBALLS to be screened in Washington DC!

RICEBALLS has been officially selected for DC Shorts Film Festival to be held in Washington DC from 8 to 18 September. Please go to their webpage: http://festival.dcshorts.com/films/riceballs/

The screening will be held at Village East Cinema from 4:30pm on Saturday 23 July! Please visit their official webpage.
http://aaiff.org/2016/films/riceballs/

Here's the trailer for ​my short film RICEBALLS !

This short film, which is written and directed by Shingo Usami, has been chosen as one of eight short film projects funded by Breaks Funding program of Metro Screen and Screen NSW.


The film depicts the story of a Japanese man, Kenji, living in Sydney. Kenji takes care of his son after his wife’s death. The son, Josh, misses the sandwiches that his Australian mother used to make for him. However Kenji stubbornly keeps making Japanese riceballs, wishing to retain his son’s connection with his cultural heritage.


RICEBALLS has been completed last October and received great responses at the private screenings. Currently it has been submitted to a number of film festivals throughout the world. Please stay tuned for wonderful news that's about to be released soon!

​
Please take a look at our Facebook page for more details. Thank you for your support!